Home » REVIEW: Astrodogs Bringing The Difficulty And The Memes
Computer

REVIEW: Astrodogs Bringing The Difficulty And The Memes 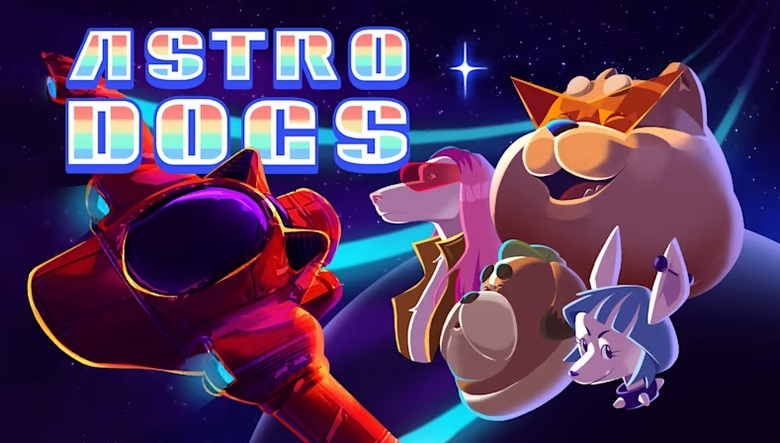 It seems when Nintendo isn’t giving fans what they’ve been dying for, indie developers step it up. Undertale did it for the Earthbound fans, Hollow Knight did it for the Metroidvania fans, and now *Astrodogs * is attempting to help out the *Star Fox * fans. While this game gives a valiant effort, there are still a few problems that more casual fans might not be so keen on. 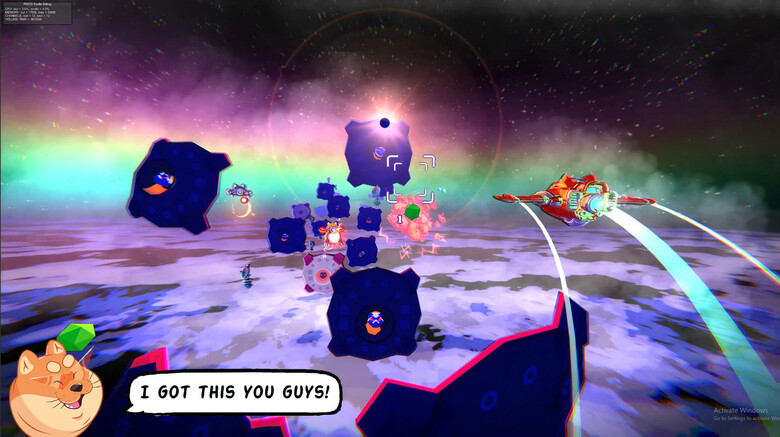 So what is Astrodogs? It’s an on the rails shooter where you pilot a single ship and have to go through levels to reach the boss at the end. Defeat said boss and the level is clear, you get a ranking and move on to the next level. However, get a high enough ranking and you might unlock a new ship in the garage. As for the game’s story, it’s nothing to write home about. There is an intergalactic company called WOOFER and it’s up to the Astro Dogs to stop them from taking over the solar system. You play as the pilot Kombo and it’s up to you to stop WOOFER’s plans. Kombo isn’t alone, though, as he has a crew helping him from their mothership (which looks like a giant steak).

Right off the bat you can tell the developers had fun putting references and internet memes in this game. Even the menus aren’t safe from the jokes and that isn’t a bad thing. Kombo is a Shiba ace pilot who is supposed to resemble the “Doge” meme. Levels also have jokes in them, like the first level Hungry CT. Yes that’s actually how its spelled. Kombo is also sporting glasses that resemble the ones Kamina wears from the hit anime Gurren Lagann. For those who are knowledgeable in internet memes and culture, you’re sure to get a kick out of most of the jokes. If you aren’t online all that much then you’ll still have fun with the references. 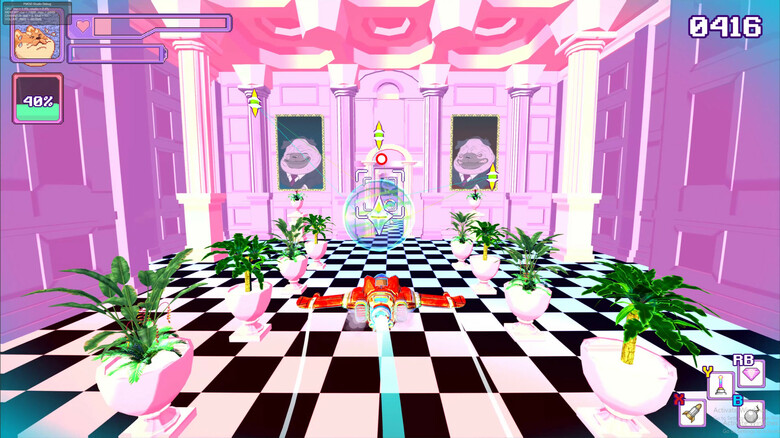 A rare quiet moment in a level

For those who love classic Star Fox games the control scheme and gameplay will feel like second nature. There are some twists that Dynamic Media Triad (the developers) put in this game that are quite refreshing. Right out of the gate you have an arsenal of weapons besides your trusty auto-fire gun. You have bombs, auto-lock missiles, continuous laser blast, and an energy shield. You also have an ability called “Instinct”. This ability slows down time and grants you free aim to take down enemies or lay waste to a boss. You get instinct by shooting down regular enemies or missiles. For your other weapons, you won’t be needing special ammo. Instead you’ll be using “Energy” which is also gained by shooting down enemies or obstacles. Outside of weapons, you have 1 more trick up your sleeve, a barrel roll that also repels enemy shots right back at them. With all these abilities you would think this would be a walk in the park right? Well you would be completely wrong.

Not only does Astrodogs take inspiration from Star Fox, it also takes inspiration from the old arcade shoot em-ups like Gradius or 1942. Meaning that there is difficulty here, and there is a LOT going on your screen at any given moment. While playing I felt like I had to constantly hit ZR to do the barrel roll so I wouldn’t get hit with a random projectile. If I looked away at my Health bar or my Power Bar, I would loose HP because of a random enemy or I’d fly into an obstacle. The game feels like it punishes you for not looking where you’re going, which makes it all the harder to pay attention to the dialogue. While on missions your crew/enemies will try and talk to you via text bubbles at the bottom of the screen. I gave up trying to read what they were saying during a mission because every time I tried to look I’d either loose a huge chunk of health or get a Game Over. It’s a shame because there could be some good backstory in those dialogue blurbs. I just wasn’t able to see it because I was concentrating on the game. 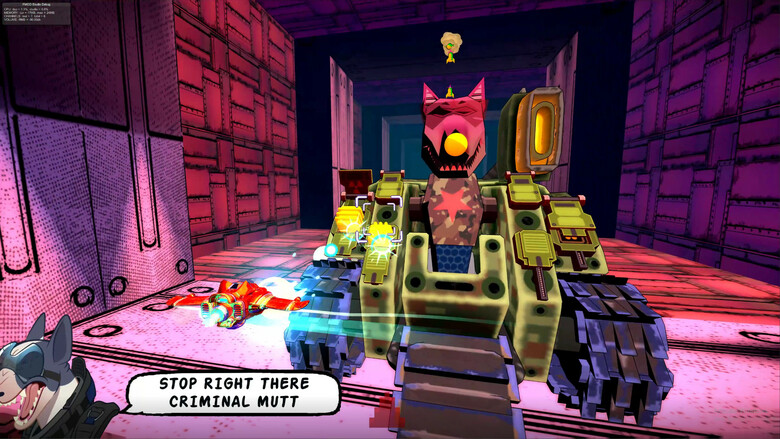 This boss, Shadodog, was giving me all sorts of headaches.

Flying the ship feels decent enough, but there are times where the camera gets screwy with you. This mostly happens when you try to fly more to the sides or vertically. The depth perception can mess with you so you’ll think you’re going one away from an obstacle, only to ram right into it. This became problematic when I would try to fly through a ring. Rings in this game give you back Health but they are hard to spot sometimes (due to the color palette) and only show up at certain points in a level. You could miss a ring and not even know it, but what makes the game a bit more frustrating is when you fly down to get a ring, but miss it completely. Many deaths occurred because I was desperate for Health and missed a vital ring due to bad depth perception.

While the game does look good graphically and aesthetically, there are times where I was having a hard time seeing where I was going. Enemy fire would sometimes blend into the environment and I would get hit. Also there have been times when enemies would pop out of nowhere just to ruin your day. This happened a lot against my boss fight with Shadodog in the prison level. I would make great progress against the boss only to get rammed into by another enemy or get hit by a missile I couldn’t see. This is where constantly hitting the ZR button can help, but that can only do so much. Plus after a while it was starting to hurt my finger a bit. Sure the energy shield can take enemies on contact, but it drains your energy and is only good for short bursts. 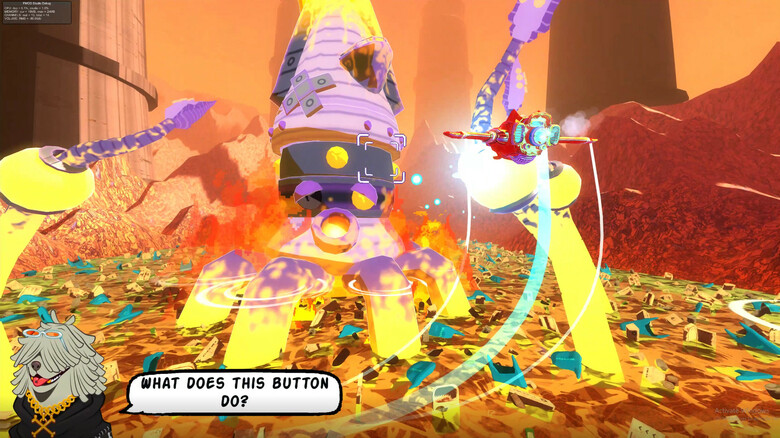 The levels aren’t super long at all and there is a checkpoint system, however the checkpoint system feels a bit unfair. There is only 1 checkpoint throughout the whole level that this when you trigger the boss fight. Should you get a game over against the boss you can try again, but all your score is wiped and you’ll only get credit for destroying the boss. The point system in this game is based off how many enemies you shoot down. Some are worth more than others but the boss is only worth 1. This can be a huge buzzkill, especially if you pull off an amazing run on a level with high score, only to loose it all against a boss you’re having trouble with. To be fair the game wants you to beat the level in one go and you get rewarded well for doing so. The rewards being new ships to play with and coins to buy skins and other goodies in the Gallery. These are just cosmetic changes and some artwork, but the artwork is behind a gatcha mechanic and the skins you buy from a cat named Mr. Whiskers. You can change what your ship looks like in the garage, but its a bit of hassle when you want to change the paint job of your ship.

Now… say you’ve played through the game a bit and feel like you’ve improved. You want to go back to the earlier levels and see if you can get that A rank to unlock a new ship. Well the good news is that you can, but it’s not very well done. There is a level select option in the Adventure mode menu but you can only go back to levels you completely beaten. Meaning that if you want to take a break from level 4, you would have to beat level 3 in order to access level 4 again. That’s the kicker, and it won’t reset to where you truly left off in the story either. If you replay level 1, get a good score, and go back to the campaign, the game will put you at level 2. Worse yet is that the levels are marked with their planet names and no mission/level number. You can clearly see which planets you’ve been to but they are scattered over a star chart map with you guessing which one you need to beat in order to advance. I took a break from Shadodog and went back to level 1 to see if I could snag an A rank. While I did improve, I was only able to manage a B ranking. The qualifications for a A rank aren’t well defined and to unlock ships you have to get a A rank in 2 levels. The garage will tell you what levels you need to get said rank in, but not what how high of a score you need to do to get that rank. 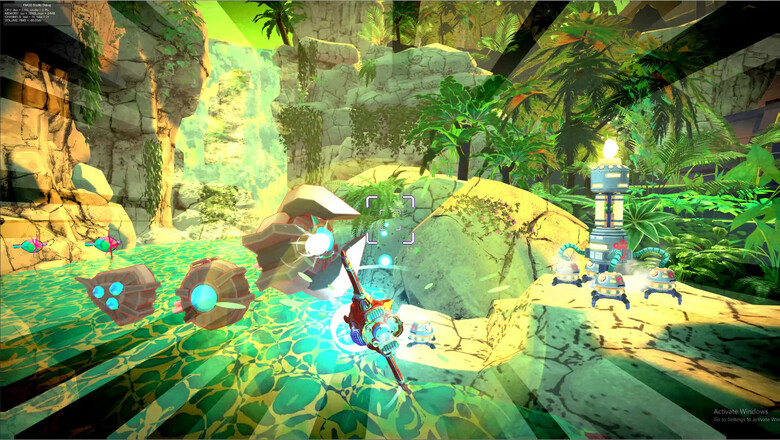 Flying around in the Jungle

While I have been fairly critical of this game, it still is a fun time. Especially for those who love shoot em ups. My biggest complaints with the game are with the depth perception and the level select screen. While the difficulty is a bit up there, that’s what these types of games are all about. You learning the level and figuring out where and when to fire off certain weapons. There were a few times I forgot I had certain weapons and when I remembered about them they made some levels so much easier. That said the difficulty may be too much for more casual players. Yes there are problems with Astrodogs, but if all you want is something that gives you that Star Fox fix with a focus on challenge, this could certainly be the game for you.

WordCamp US 2022 Sponsorship for Diversity Speakers