Shueisha Launches Platform Where You Can Submit Your Own Manga 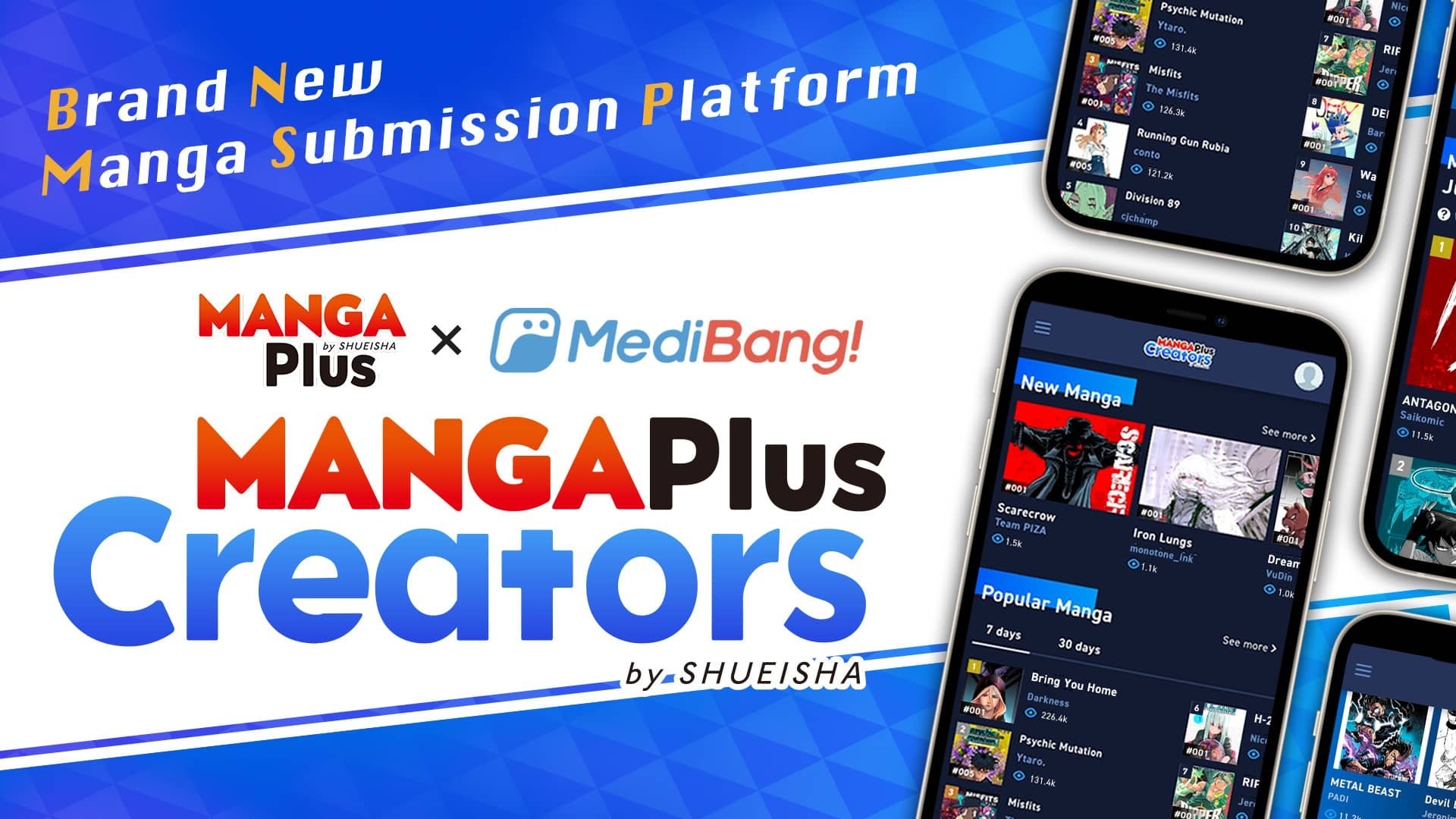 Publishing company Shueisha has announced the launch of Manga Plus Creators, a platform where users can submit their own manga works. The publisher launched the service with MediBang Inc., the company which operates the popular painting application MediBang Paint.

The company also added in their announcement that services such as Monthly Awards and a tie in with Manga Plus by Shueisha will also be available on the platform.

🇬🇧 MANGA Plus Creators has now launched! This new platform is a collaboration effort between Shueisha & Medibang in which any person can upload their own manga work for everyone to read for free!https://t.co/GLKl7HWN8P pic.twitter.com/xdUfrMyWhw

The platform will have rankings in two languages, English and Spanish. Every month, results of the Monthly Awards winners will be announced after the scores are calculated through “views, likes, and favorites from readers.”

The platform is available in all countries across the world. It is offered in both website and app format.

Manga Plus is a manga reading app and website created by Shueisha that is available all over the world, except in Japan, Korea, and China. It simulpublishes popular manga series like One Piece, My Hero Academia, Jujutsu Kaisen, and Spy x Family in seven languages for free.

10 things every small business should automate