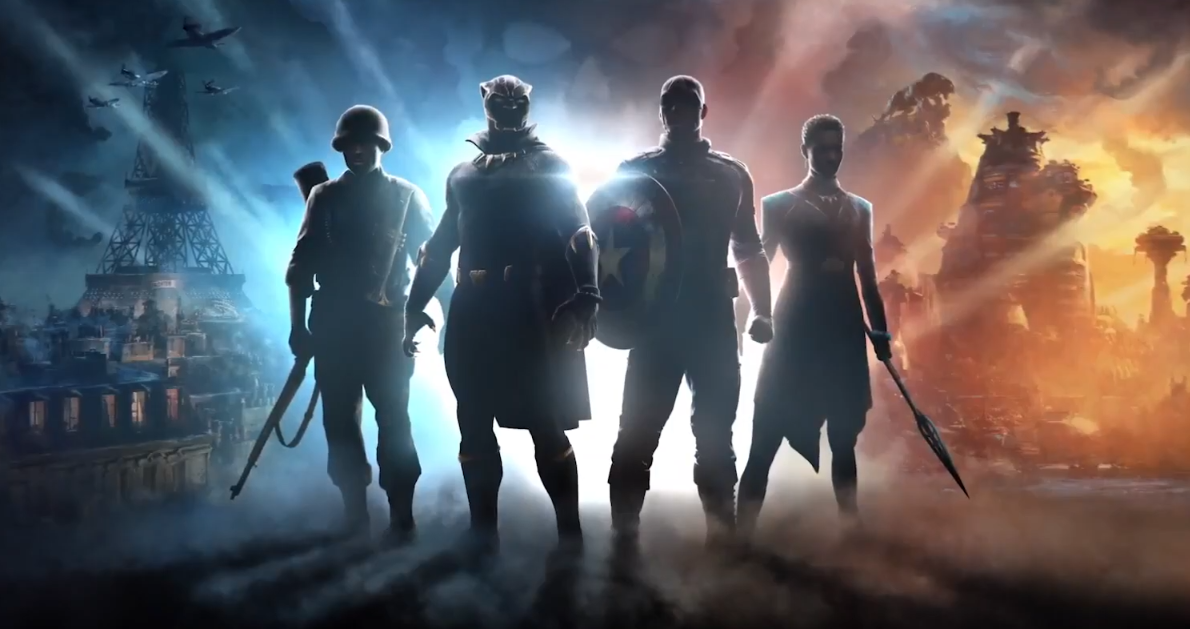 At the Disney and Marvel Games Showcase, the studio gave fans a small sneak peek at the upcoming title, which will involve two of the comic book publisher’s most popular heroes.

Set to We’ll Meet Again, the cinematic trailer showcases a snow-filled Paris during the mid 20th century. The trailer then reveals a table filled with various posters and documents, with one of them confirming the existence of the villainous organization, HYDRA.

It is then followed by the money shot of the trailer, as the camera points towards Captain America’s shield, which contains claw marks of the Black Panther. Soon after, we see a standoff between the two heroes in a tight space, with a soldier in army clothing backing Cap.

Judging by the looks of things, it seems like the title will be set during the early years of Steve Rogers as Captain America. The Black Panther in the game is also an ancestor of T’Challa called Azzuri, who held the mantle during World War II.

Furthermore, the soldier backing Cap is Howling Commandos member Gabriel Jones. Finally, the final playable character is Nanali, who is part of the Wakandan Spy Network.

Other than the trailer, the event didn’t feature any other details like the game’s name or release date. For now, fans are excited at the prospects of playing as Black Panther and Captain America in a story-driven game written by Amy Hennig and co. In the end, it will be interesting to see how the title turns out in the near future.

Read Next: PlayStation’s Jim Ryan Miffed by Microsoft’s Proposal To Not Push the Exclusive Tag on Call of Duty for Three Years
SaveSavedRemoved 0